Municipality of Cacak is located in the middle of central Serbia called Moravicki district, between the municipalities in the north of Gornji Milanovac and Lucani in the southwest.

The territory of the municipality covers an area of 636 km, and has 117,072 inhabitants.

The oldest archaeological sites discovered in this region, which speak of the existence of human communities and their lives, belong to the period of the Neolithic or late Stone Age (about 5500th to 3200 BC). Registered are and sites from the Bronze Age burial, mounds mostly. The most significant fossil find is located in the modern part of town Atenica, it is assumed that at this place, around 500 BC tribal prince and princess were buried with a rich gold and silver jewelry.

During Stefan Nemanja time, the district was under the authority of his brother Stracimira, between the 1168th and 1189th year, during that time on area of today’s church he raises Moravas Gradac monastery, which was the seat of the diocese and later metropolis.

Cacak, under the present name was first mentioned in 18th December 1408th, in a single file from the Dubrovnik archives. 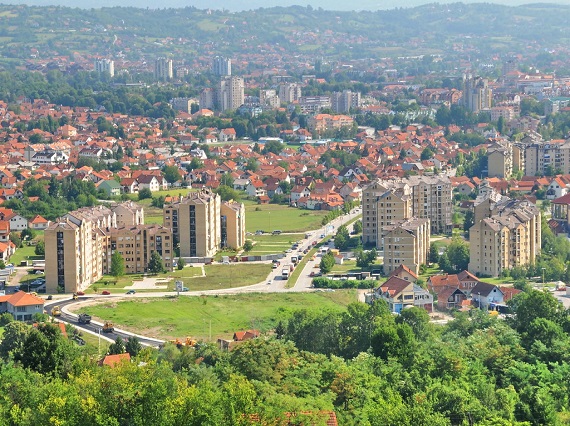 After the final departure of the Turks from Cacak, in early thirties of the nineteenth century, the town had only 900 inhabitants.

The church was rebuilt 1834th, and 1837th high school also began to work. In mid-nineteenth century Cacak had about 1,500 inhabitants.

Independence and international recognition that Serbian got in 1878th caused great economic revival throughout of the all country.

Cacak is becomed a major center for trade of agricultural products in Western Serbia.

Special place in the heritage monuments of Cacak and its surroundings have Serbian Ortodox monasteries and churches. For ages they are: spiritual hotspot, guardians of the faith, educational and cultural institution for the residents and any visiters.

Serbian Ortodox monasteries in Ovcarsko-Kablarska gorge make the Serbian Holy Mountain. Some of these temples were built in the time of Nemanjic, Lazarevic and Brankovic. They had a crucial role in the preservation of spiritual values and identity of the Serbian people.

Cacak is a city of sport with a large number of sports clubs. The city and the surrounding area have many sports fields and facilities for organising sports events. Also, there is the Western Morava River, with great shores which attracts more and more visitors.

Sports Centre in Cacak organized activities at the city beach and swimming pools during the summer, sports competitions and events, among them is very popular Moravian regatta.

In the city and the surrounding area there are many spas, resorts, and cultural and historical monuments. Beautiful nature rich in flora and fauna can be seen in Ovcarsko-Kablarska Gorge, the mountains Ovcar and Kablar, the lake and meander Western Morava, as well as many other locations.